The Procedure of writing a thesis statement 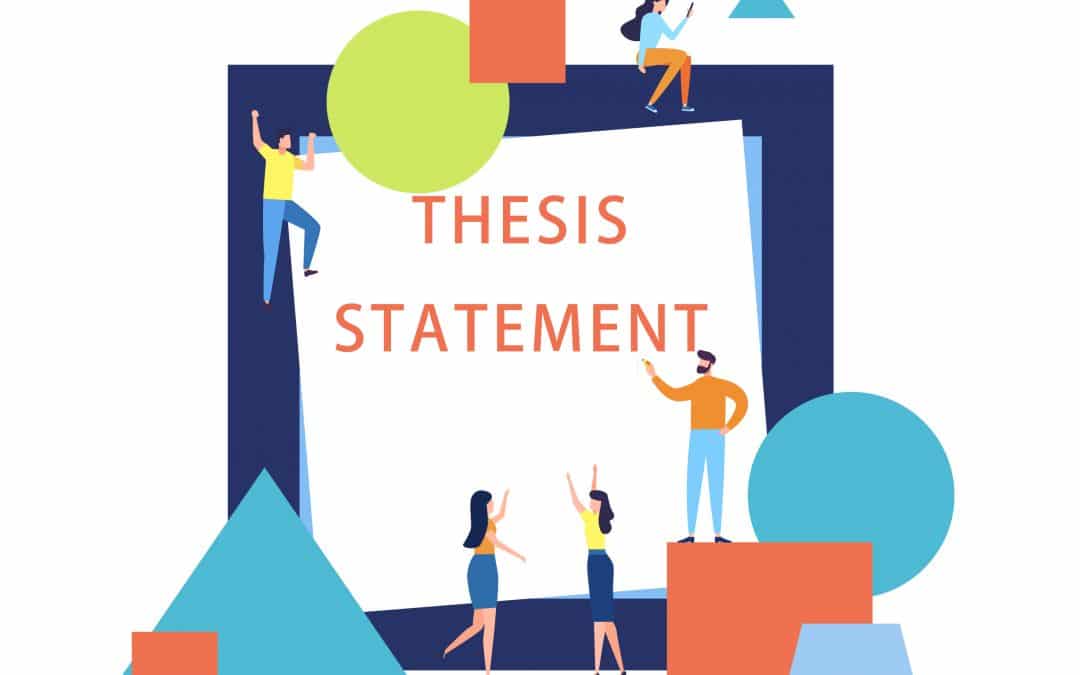 Every piece of academic writing, be it argumentative or persuasive, must have a controversial thesis or claim. Simply put, the thesis statement should include something that has opposing opinions from different quarters. If your thesis statement does not elicit differing view, then there is no need to persuade people to believe it or not.

In most cases, it is a single sentence at the beginning of your paper presenting your argument to the audience. The body of the paper is the one that gathers and organizes evidence that will sway the reader to agree with your argument based on your interpretation of the topic. For instance, if your essay is based on World War II, your thesis statement must offer an understanding of the war or the novel.

An example of a non-debatable thesis statement reads like this:

Pollution is bad for the environment.

In the first place, this thesis statement does not elicit debate. The word pollution means something wrong or negative. Moreover, most studies have agreed that pollution is a problem. They only disagree on the scope of the problem.

The above example gives room for a divergence of views between rational people. There are those who might think that focusing on recycling programs instead of privately owned vehicles is the most effective strategy.

If you are asked to provide an analysis, interpretation, comparison, and contrast, demonstrate cause and effect of to make known your stand on an issue, you are simply being asked to formulate a thesis statement.

A thesis statement is supposed to come early in the essay, specifically, the introduction. In essays that are long, it should come in the second paragraph so that you can establish your position on the issue and direct the reader to the paper. To write a great thesis statement, you ought to:

A thesis statement is a culmination of a lengthy and critical thinking process. To formulate a thesis statement is not the first thing one does after reading an article or an essay. Before crafting a thesis statement, you must first gather enough evidence, identify the relationship between the known facts and ponder to the significance of these relationships. This will morph into a working thesis that presents the main idea and argument that you think you can support with relevant evidence.
The argument and thesis statement will need constant adjustment as you proceed. Good writers use all manner of techniques to stimulate their thinking and to assist them in clarifying relationships or understand the broader importance of a topic, thereby leading them to a thesis statement.

A thesis statement should be a two-sentence summary of your ideas. It is supposed to introduce the topic of your paper and comment on your stand about the topic. You have to keep the argument focused and at the same time, telling the audience what your paper is all about.

The scope of the paper you are writing might seem broader at the preliminary stages. However, if you narrow your thesis statement, it will become a more effective argument. It is then supported by relevant evidence. Note that if your thesis statement is broad enough, it will require more evidence to convince the audience about your position on the issue.

A good example of a broad thesis statement reads like this:

Drug use is dangerous to the society.

Several aspects make this statement tom broad to deal with. First, what is the kind of drugs that the author is talking about? Is it illegal drug use, recreational drug use or general use of medication? Secondly, what are the ways that make this drug use detrimental? Is it causing deaths? Too many aspects abound in this topic, and the author might not be able to cover all of them.

This is how a narrowly focused thesis statement should read:

Illegal drug use is dangerous because it encourages gang violence

In this example, the topic of drugs has been narrowed to illegal drugs and the danger has been focused on gang violence. This topic is easily manageable.

If you have time, you can consult your instructor to see if you have strong arguing grounds. When making a review of your first draft, you can ask yourself the following questions:

Have I answered the question?

Reread the question after formulating a working thesis to assist you in fixing an argument that might be lacking.

Is my stance debatable?

If your thesis is a statement of facts that no one else would state, or could disagree with, it is likely you have provided a summary rather than an argument.

Is my thesis statement adequately specific?

A vague thesis statement does not have a strong argument. If you have words like “good” or “successful”, you have to specifically say why something is good and what makes it successful.

Does the thesis statement pass the “so what” test? You have to create a relationship or connect with the audience whose question is “so what?”

Does the body of my text support my thesis statement without digressing?

If they are not relating in any way, either the body or thesis statement has to change. You can adjust your thesis statement to fit whatever that you have figured out in the course of the writing process. You ought to re-assess and revise your paper as necessary.

Does my thesis pass the “how and why” test?

Your thesis might be too open-ended if the response of the audience is how or why. This indicates lack of guidance for the reader; You have to see what you can add to give the reader explicit indulgence of your position on the matter right from the start.

Claims of cause and effect

This type of claim argues that one individual, thing, or an event caused another thing or event to take place. An example of such a thesis would look like this:

Claims of the definition of fact

These argue about what the definition of something is or if it is a settled fact. An example would look like this:

What most people term like global warming is nothing more than normal long-term climate change cycles.

These claims argue about what something is worth, whether it is valuable or not, how it is categorized or rated. An example looks like this:

Global warming is the most persistent challenge facing the world today

Claims about solutions or policies

These claims argue for or against a given solution or policy approach to a problem. An example looks like this:

Instead of drilling oil in Alaska, the focus should be directed on ways to reduce oil consumption, such as researching sources of renewable energy.

With this in mind, you have to decide the kind of claim or thesis you want to use in your argument. This depends on the level of knowledge on the topic, your target audience, and the context of your paper. You can also think about where your audience will be on the matter and identify where the biggest differences that have an impact will be. Irrespective of the type of claim you settle for, you have to identify a debate you are addressing and to state your position early in the paper.

Before you become better at creating thesis statements, you will have written several of them that have mistakes in their form. Those that have perfected their skills in thesis statement writing made the same errors, and so, that should not be a cause for worries. However, several mistakes must be avoided when formulating your thesis statements.

The statement is not representing the paper contents enough

This mistake connects with the first error of broad statements. Note that broader statements fall short of introducing the major points discussed in the text properly. If a thesis statement is narrow and specific, it represents the essence of the paper well. If it deviates from the contents of the paper, the reader becomes confused because coherence and unity are lost. The thesis statement should perfectly match what the text is talking about.

A statement describing a fact instead of an arguable claim

A strong fact sentence should have a good debatable point. An effective thesis statement is a representation of something that is worth debating or studying.

This is a common mistake among academic writing novices. Phrases like “In my Opinion” or “I believe” understate the strength of a debate offered in a thesis statement. They also make the author’s idea subjective, which is contrary to the emphasis on objectivity in the world of academic research.

A statement that is written in the wrong format

Oversimplifying arguments in a thesis statement

In a bid to write a concise a comprehensible thesis statement, students end up oversimplifying them. The result is an oversimplified statement that does not reflect what the contents of the essays are saying.

It is sometimes tricky to construct the best thesis statement, but you will become successful if you avoid these common mistakes. Ensure that you have used your original words in your thesis statement and avoid quoting someone else. Originality interests the reader and makes your paper more credible. Do not become a mouthpiece or a copycat. The reader’s attention has to be grabbed by your ideas and words. This shows that you are intelligent, committed, and enthusiastic about the topic you are dealing with. Formulate a thesis that suits your paper.