Tips and tricks of writing the best character analysis essay 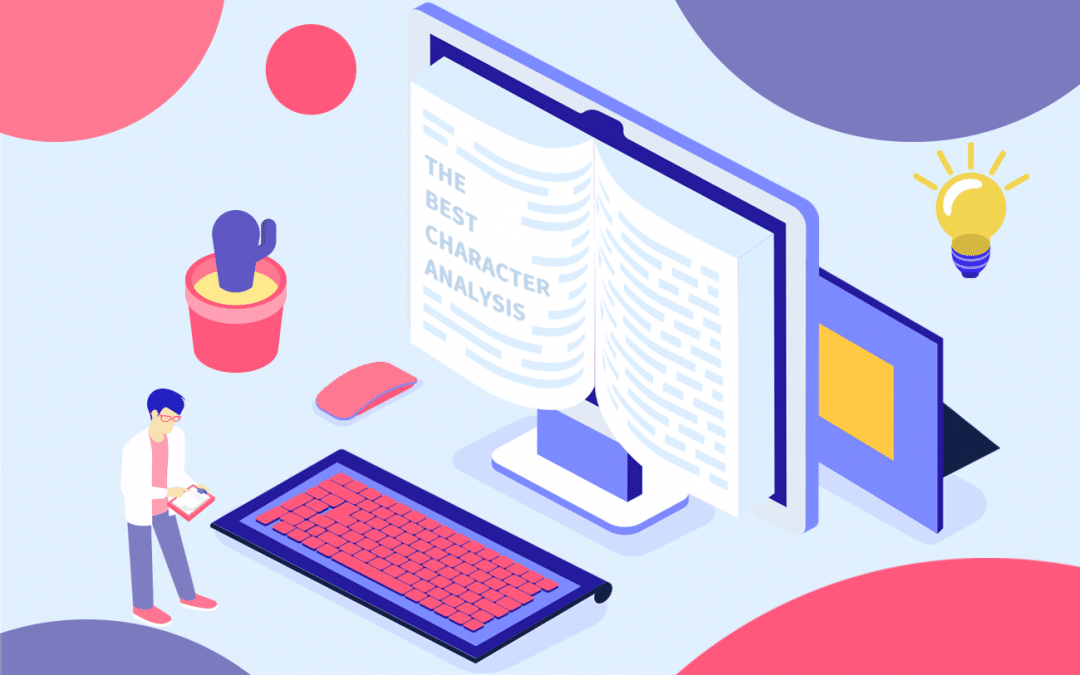 What is a character analysis essay?

What is character analysis?

Character analysis goes beyond picking up on the subtle hints likely to be used any the author and encompasses reading between the lines by noticing mundane details that are seemingly insignificant at face value. However, sometimes, the writers tend to mention the traits of their characters in these books indirectly. This makes it mandatory for the audience to be mindful of catching these traits as the storyline continues. 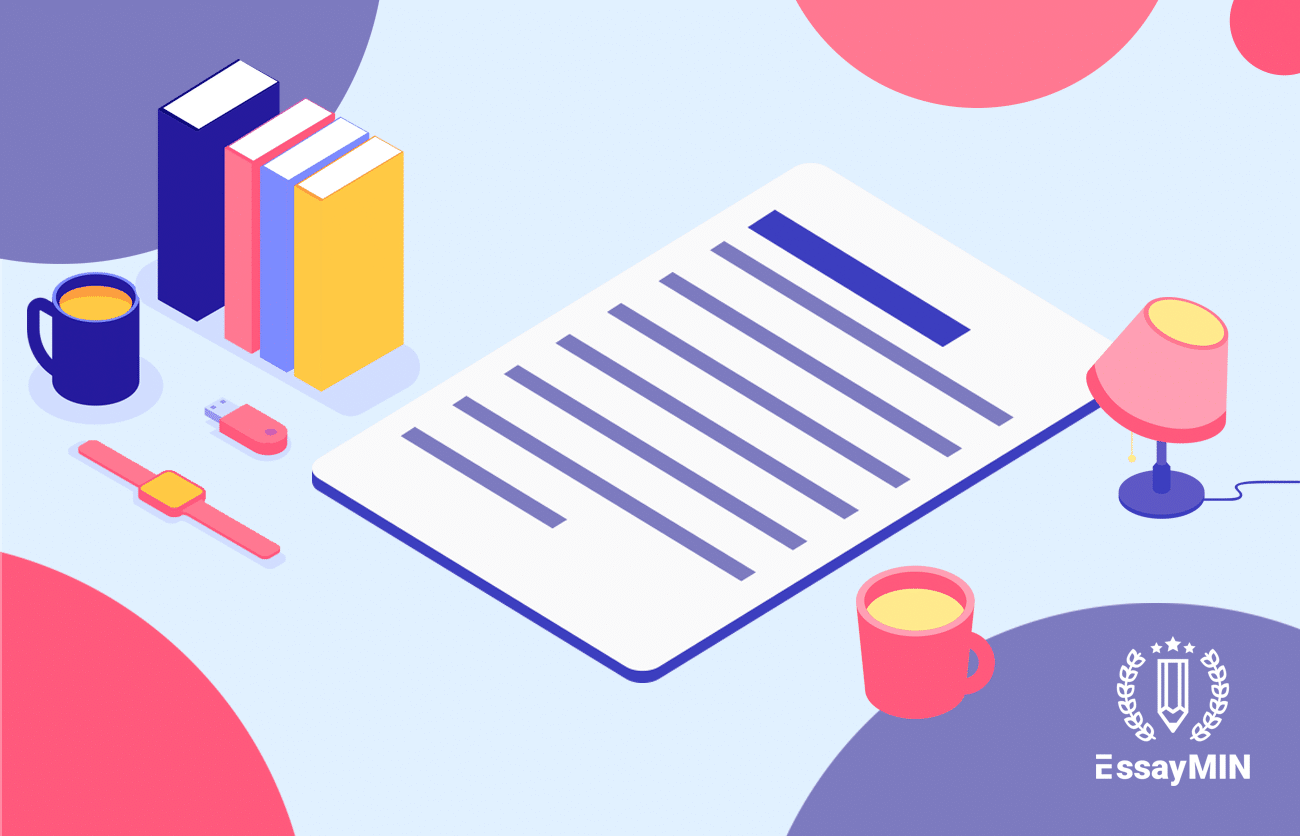 The tricks of writing a successful character analysis essay

If you aim at writing a successful character analysis essay, you have to engage in thorough reading o the literary work paying attention to the revelations of the author regarding the character. This can be through dialogue, narrative, or even a plot. The idea is to bring to the fore what every character does at work. The protagonist is the most significant character, whereas the villain is the one in conflict with the main character, usually referred to as the antagonist. Writers can create characters with many facets, and as such, your character analysis essay ought to focus on these complexities.

Before you can start writing your analysis of a character, it will be useful to look at one character analysis example, so that you have a good idea of how to navigate the assignment. Now, to write your essay, keep in mind the following tips:

If this is a class assignment, you may get your character dictated to you by the instructor. However, you can also choose the character you want to write about, and as such, you can consider a character that as a very dynamic role. The character who seems one-dimensional in that they are either good or bad completely but have no complex motivation would be a bad choice. The character you choose can either be the protagonist or the antagonist.

Even though you might have read the story before, you need to reread it because you are likely to notice new things since no, you have a very specific task in mind. In every place that your character appears, you need to consider some important aspects.

How the author describes them

How the character relates to another character in the story

You have to think of how the character interacts with the other characters, especially in the beginning and at the end. This will help you come up with the best-balanced character analysis essay in the end.

If you are dealing with the protagonist, his actions are crucial to the sorry. However, you need to be very specific with the actions that help in advancing the plot. Pay attention to now. He makes decisions that are unique from someone else in the same situation. You may talk about how some of his ideas contradict everything that he has been taught.

The struggles of the character

As you read the work, think of how the character grows throughout the story. Show how he moves around dig things that enhance the story and how he observes the trickery within the story. 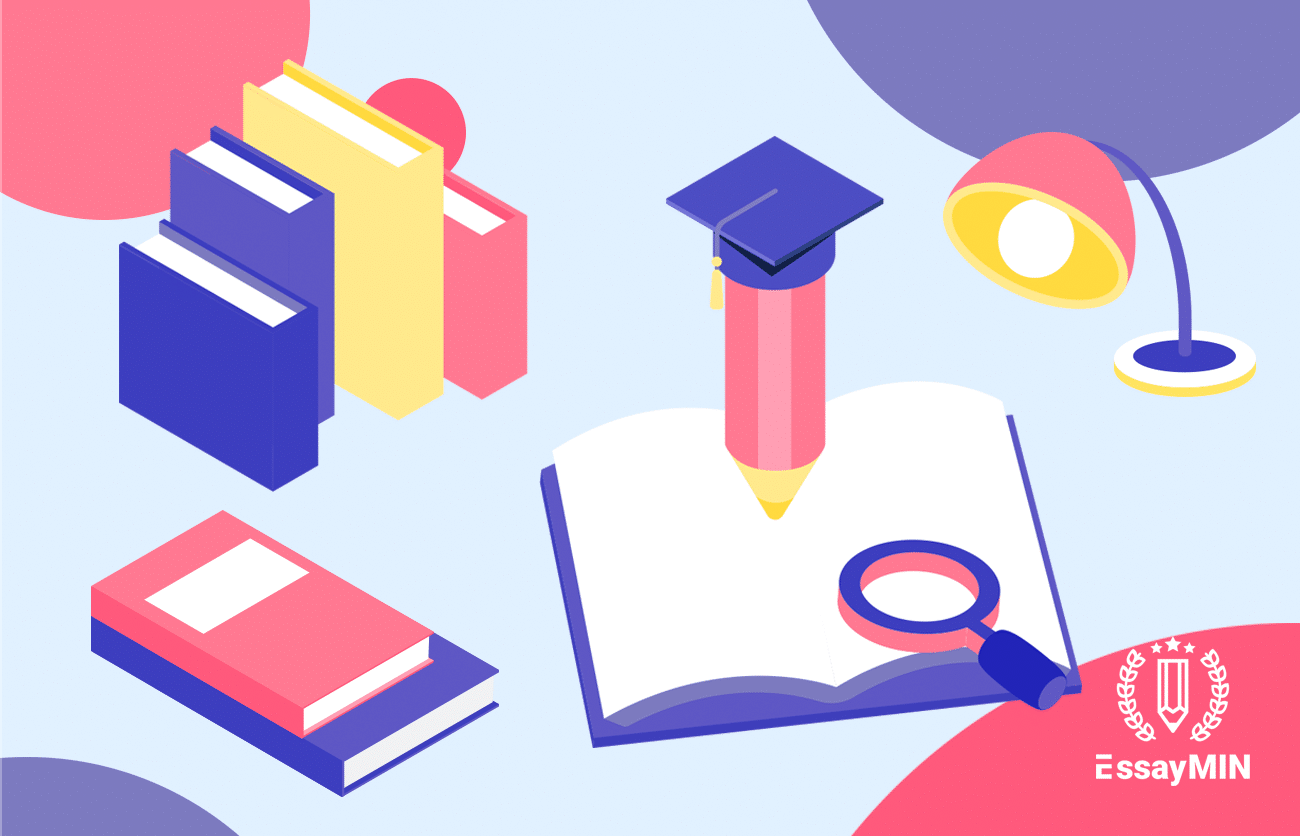 Need help in writing a character analysis essay? Essaymin has expert writers to help you

As earlier said, you need to avoid one-dimensional characters in your character analysis essay. They are also called unchanging characters. These are mostly minor characters that interact with the protagonist to enhance their qualities and actions. They are not protagonists because what happens in their wolf is of no interest to the readers.

Take notes as you read

If you want to have an effective reading, you need to take notes of all the significant elements. This adds to the depth of the character, especially when you are reading the work for the second time. You can make notes in the margins and underline crucial passages. As such, you need a notebook as you read to monitor your thoughts about the character.

Gather all your notes on the character and think of the main idea that relates to them. In other words, you are developing a thesis statement for your character analysis essay. Pay attention to their actions, motivations, and the outcome of their storyline. Your thesis statement may appear on anchor in how a character embodies the struggles of growing up poor or any other aspect that brings out the person in him. It can be about anything important that shows how the character enhances the story and the outcome.

This is how you know the reading process was crucial. The notes that you have taken ensuring this process are necessary for formulating the best character analysis essay outline. Developing the outcome is necessary because it saves you a lot of time during the writing process. Now that you have the main idea, you can outline all the supporting material that you have. Not every place in the text where your character showcases the traits you have chosen for your thesis statement. You might also include complicating evidence to give your character more depth. With an outline, your thoughts will remain organized throughout the analysis of character. 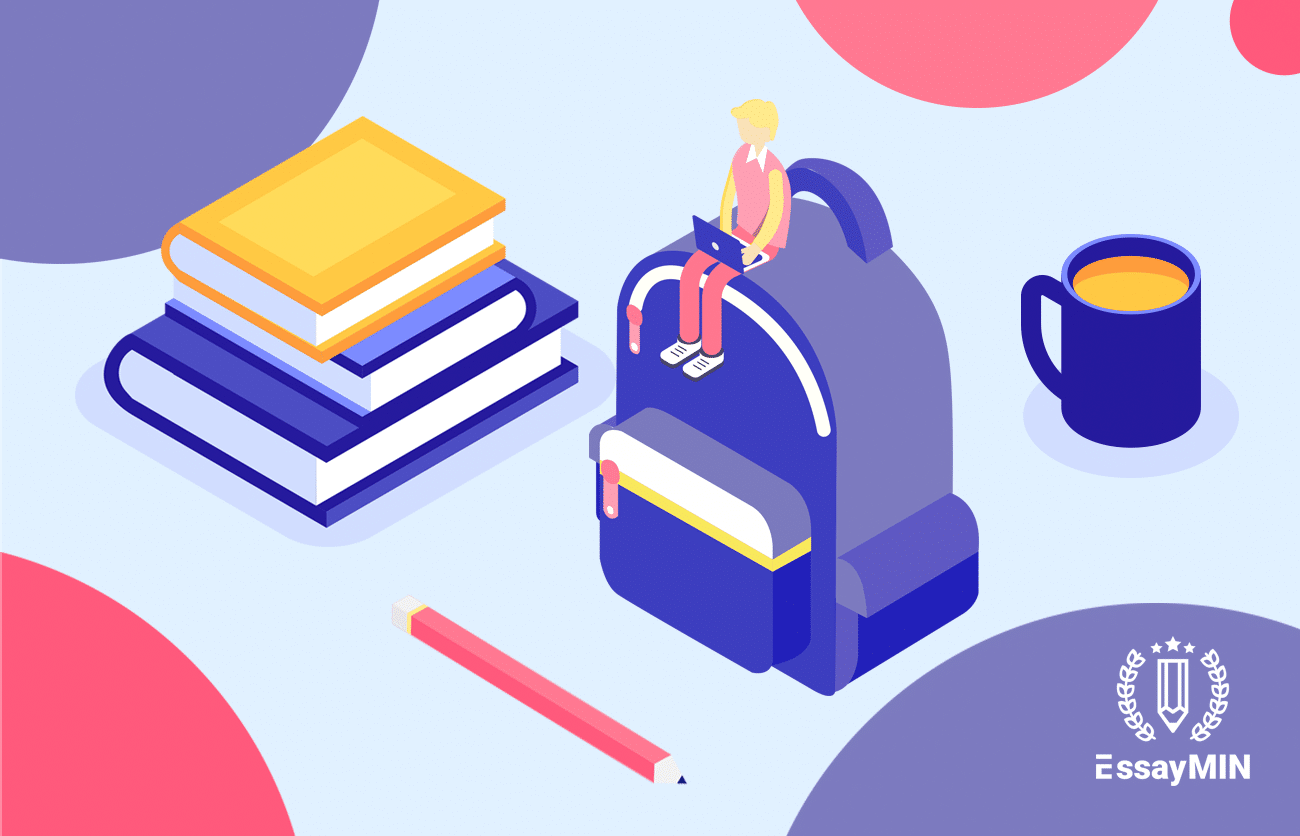 Even though you have to describe the character here, ensure that not all the details appear in the introduction. The idea is to whet the appetite of the audience to continue reading the character analysis essay that you have written.

You can describe their physical appearance that reveals the as a person. You can quote directly from work. You also have to discuss the background of the character using details about their personal history. The history is important because they influence their personality and personal development. It can be about where he or she was born, their level of education, past experiences, or what the character says or does. You can also discuss their language use throughout the work. Does he use the same language, or does he change from the introduction to the conclusion? Their personality is also important because it shows emotions or reasons for their actions. You can discuss the values they exhibit through actions and words. The goals of the character or their ambitions are also important. You need to be very specific with the quotes and paraphrases that you get from the literary work.

You have to use examples from the text to validate whatever that you are saying. It can be quoted where applicable. If the author has described the character as sloppy, provide specific details to who this character trait. Use quotes or paraphrased directly from work. Textual evidence is important because it incorporates these quotations from the work in a bid to support your thesis. It also enhances the credibility of your work. However, you are not supposed to over quote because it would make your character analysis essay look lazy. You should look at a character analysis essay example to see how quotes are used in the most reasonable way possible.

As you conclude your character analysis essay, you can restate every section on your work. You should not copy your thesis statement verbatim. You have to paraphrase and ensure you do not negate its meaning. This helps you to avoid self-plagiarism. The idea is to help you with all the ideas of your paper. This will help you to come up with a very strong concluding statement on your character. The conclusion is the place of active cooperation with the audience as you lay dons your major point of view. This is the last time you are making an effort to convince the readers about the character. You have to give them closure so that your analysis of the character achieves its purpose.

The above tips are important, especially if you are looking forward to writing an excellent character analysis essay. If you want to help writing an analysis of character, you can also consult our professional writers at any time. We are open to help you in any writing way possible. Try our services now to advance in your writing skills. 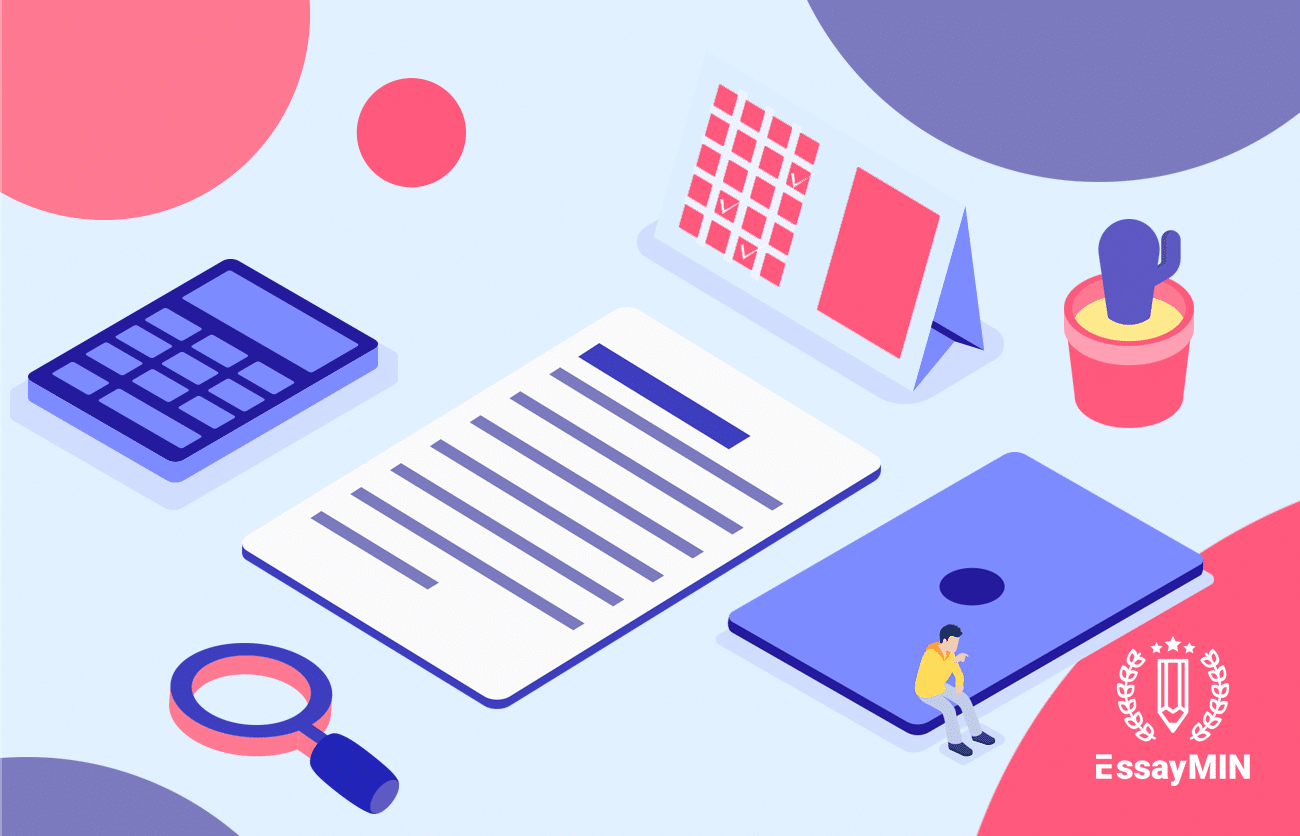 Need help in writing a Character analysis essay? Essaymin has expert writers to help you